Fresno's Eta Zeta chapter of Phi Mu Fraternity came about from a local music sorority, Delta Mu Phi, which was established in 1925. This sorority petitioned Phi Mu nationally when the campus opened to sororities in 1949. This petition was accepted in December of 1950 and the first pledging began March 2, 1951, in the home of Daisy Ward Bolger.  Phi Mu was first housed at 430 N. Fulton St. in downtown Fresno. The chapter built a new home when the college moved to its current location in 1951. The chapter home was dedicated in Fall 1996.  The official installation date of the Eta Zeta chapter of Phi Mu Fraternity is April 7, 1951. 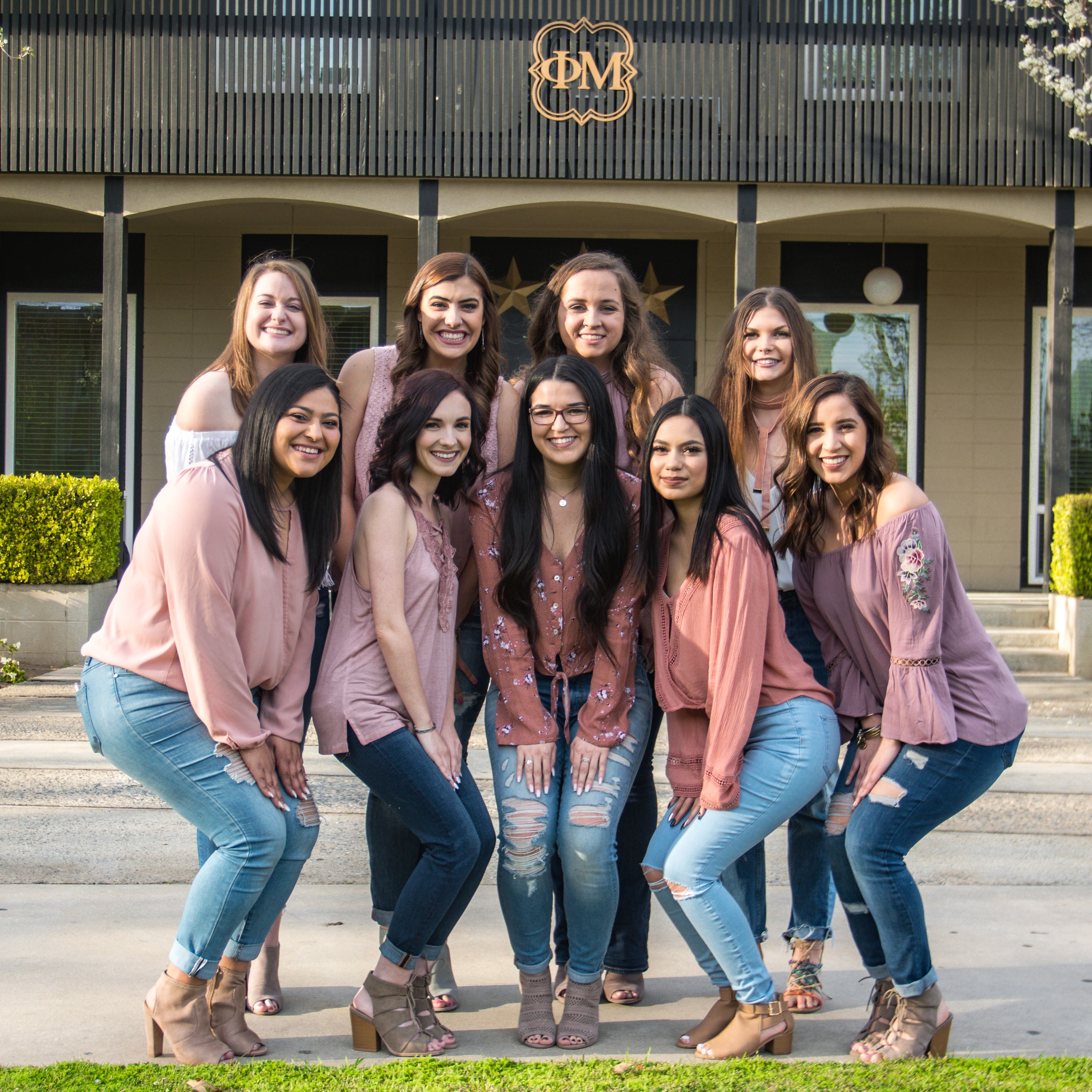